All about vapour control film in brief

A vapor retarder is a film used in the construction process to seal an insulated structure from the warm side (inside). The film provides an airtight seal so that warm air cannot escape, which directly prevents energy loss. In addition, the foil also ensures that vapor pressure is held back. Hence the name vapor retarder film.
Looking for the right membrane
Membrane guide

What does a vapor retarder film do?

In an insulated space, it is usually warmer inside than outside. In addition, the air inside usually has high humidity. That is, there is vapor in the air.

With the naked eye, this can only be seen at extreme humidity levels such as after showering in the bathroom. You see that the mirror fogs up or vapor condenses on the windows. When there is a higher humidity and temperature inside than outside then vapor pressure is created.

A vapor retarder film provides resistance so that the vapor stays inside the warm air and no energy is lost. In addition, a vapor retarder film ensures that vapor cannot penetrate the film in undesirable quantities, thus preventing mold and wood rot.

When do you use a vapor retarder? 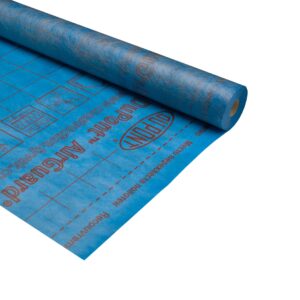 AirGuard® Sd5 is a vapour control and water-proof membrane, which consists of DuPont Typar® spun bond and Ethylene-Butylacrylate Copolymer. 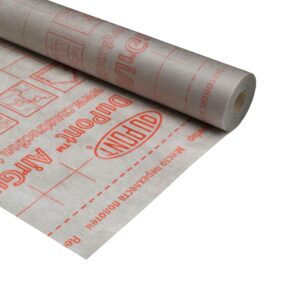 AirGuard® Sd23 is a vapour control and watertight membrane, which consists of DuPont Typar® spun bond with a polypropylene coating.

Miofol® 125S is a reinforced and moisture-inhibiting technical construction membrane.

TAFTEX® IN-100 is a moisture-repellent, watertight membrane, which consists of two layers of polypropylene.

Miofol® VS 2 is a 3-layer floor membrane, which contains 3 mm of PE foam and a blue HDPE top layer. 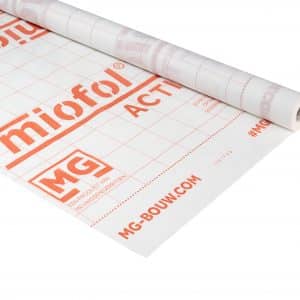 Miofol® Active is a moisture-variable membrane, which is made from non-woven polypropylene and a polyethylene-copolymer film.

Tyvek® AirGuard® Smart is an airtight variable vapor barrier, which consists of HDPE Tyvek® and features a polymer coating. 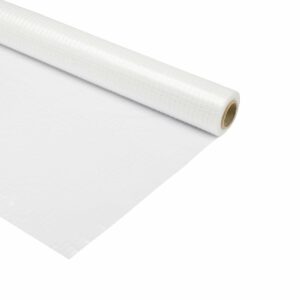 Gefo® is a moisture inhibiting LPDE membrane that has been reinforced using polypropylene webbing.

Where is vapor retarder film used? 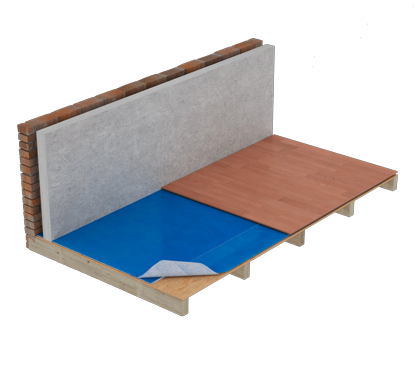 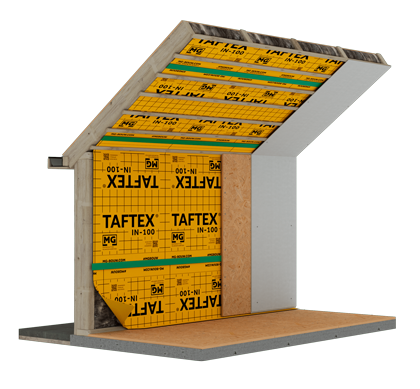 Why is a vapor retarder important?

Because warm air can hold more moisture than cold air, condensation occurs when warm air cools to the outside. In an insulated house there is a high humidity of the warm air which can cause condensation in the structure if it is not properly sealed by the proper foil. This condensation can then cause mold, pests or wood rot. In addition, the performance of the insulation material is significantly reduced when it is damp.

Insulating and preserving a structure is hugely important for improving the energy performance of a building or home. It directly contributes to a lower energy bill but above all ensures a reduction in harmful emissions. Insulating a roof or wall can be a substantial investment with installation and finishing.

A fraction of this total cost is the cost of a good vapor retarder. Therefore, do not skimp on the film and choose a film with proven performance.

However, most insulation materials, such as glass or rock wool, do not counteract air currents that allow warm air to escape. This also happens when insulation boards are not connected airtight. A vapor retarder prevents warm air from escaping from inside. In other words, if no vapor barrier foil or the wrong foil is applied then warm moist air will escape through the insulation to the outside and this has a negative effect on energy consumption.

When do I not need a vapor retarder?

There are also constructions where the cold side of the insulation is completely sealed. Consider a flat roof with bitumen roofing or EPDM. In these constructions, the cold side is already vapor-tight and an intelligent vapor retarder or climate film such as the Miofol® Active or Tyvek AirGuard Smart should be used on the warm side.

What is an Sd value?

For example, a vapor-permeable product such as Tyvek or Polyex® has an Sd value of 0.02 to 0.04 meters. A vapor retarder can vary between 3 and 100 feet. In fact, the Sd value of vapor-tight films is much higher than that.

How should you apply a vapor retarder?

Why are Miofol® vapor retardant films the right choice?

We are proud to say that Miofol® vapor retarder films are the most widely used by professional processors. Miofol® is the result of decades of further development and is therefore present as a product group in a large part of the existing building sector. Miofol® is, in contrast to many PE films, CE marked which is a requirement for application in the construction industry today. The composition of Miofol® has been carefully developed so that the properties of the film are guaranteed over the long term.

A vapor retarder film is exposed to temperature fluctuations during its lifetime. When a film heats up and cools down for years, it can lead to a limitation of flexibility and function in the long run. With Miofol® you buy security made in Holland.