Vapour barrier membranes offer an extremely effective air barrier against vapour pressure. Insulated buildings, where a major temperature difference is encountered between the warm side (indoors) and the cold side (outdoors), will experience differences in air humidity. Membranes that offer an effective barrier (high Sd value) can help to keep moisture out and thus protect the insulation.

Vapour barrier membranes are always used on the warm side of the insulation and are suitable for, for example, bathrooms, indoor swimming pools, launderettes, saunas or industrial kitchens.

What is a vapour barrier membrane

A vapour-tight film is a composite film that is closed to vapour diffusion. Vapour diffusion is a term used in building physics when two different adjacent spaces have a difference in vapour pressure. Take, for example, an insulated home with high humidity in the bathroom and outside air on the other side. Both sides of the insulated structure have different moisture content and temperature. This creates vapour pressure. In fact, this means that the vapour will migrate through the structure to create a balance in tension between the inside and outside.

This is undesirable because the vapour will cool in its path to the outside, causing it to condense. Warm air can hold a higher amount of moisture in the form of vapour than cold air. When condensation takes place in the structure, the structure and insulation will become wet. This results in a lower insulation value because wet insulation usually functions less well or hardly at all. In addition, the wet construction creates a breeding ground for mould and vermin.

In short, a situation that should be prevented. With relatively low humidity, such as in an office or living space, a vapor retardant film such as our Miofol® 125S or Miofol® 100S is often sufficient. However, when the moisture concentration is so high, the vapour pressure may be so high that a vapour retarder film allows too much vapour to pass through.

Normally, the passage of a limited amount of vapour is not a reason for condensation because this vapour is easily dissipated by the vapour-open or vapour-permeable films on the cold side of the insulation. Consider, for example, our spider web films made of Polytex® or Tyvek®.

In bathrooms, swimming pools or saunas, for example, but also in some cases nurseries where the temperature is high, it is advisable to apply a vapour barrier film such as the Miofol® 125AV, the Miofol® 150A or TAFTEX® IN-150. These films are vapour-tight and provide more resistance to vapour pressure than a vapour retarder.

An overview of all our vapour retardant membranes 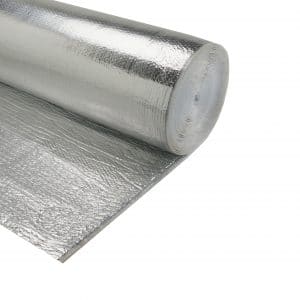 Alkreflex® 2L-2 is a two-layered composite air-cushion membrane, which is finished with a layer of coated pure aluminium on both sides. 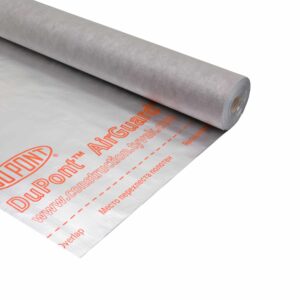 AirGuard® Reflective is a 100% airtight vapour barrier membrane that has one aluminium side, which has very low emissivity and helps to considerably improve heat insulation in buildings. 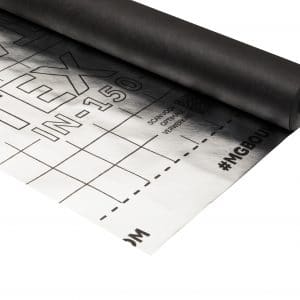 TAFTEX® IN-150 is a black PP non-woven membrane that features an aluminium layer. 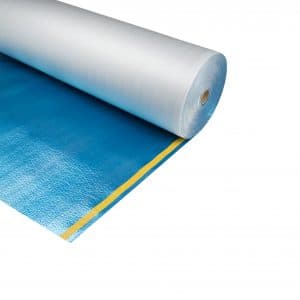 Miofol® AVS 4 is a 6-layer laminated membrane that features a membrane flap and integrated adhesive strip. 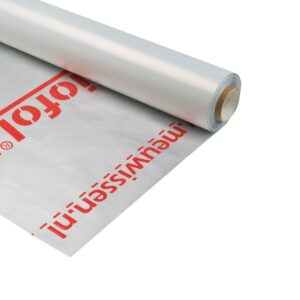 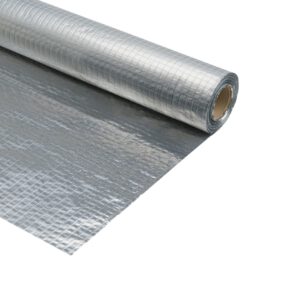 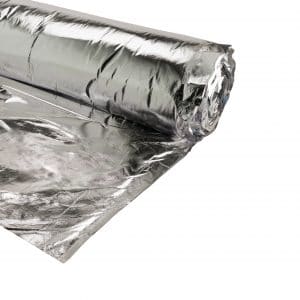 Alkreflex® 2.5 is a multi-layered insulating membrane, which is ideal for use on walls and roofs. 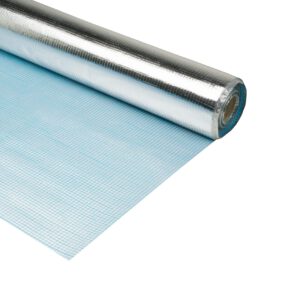 Miofol® 150A is a reflective aluminium vapour barrier membrane that has been reinforced using polypropylene webbing.

Where is vapour barrier film used? 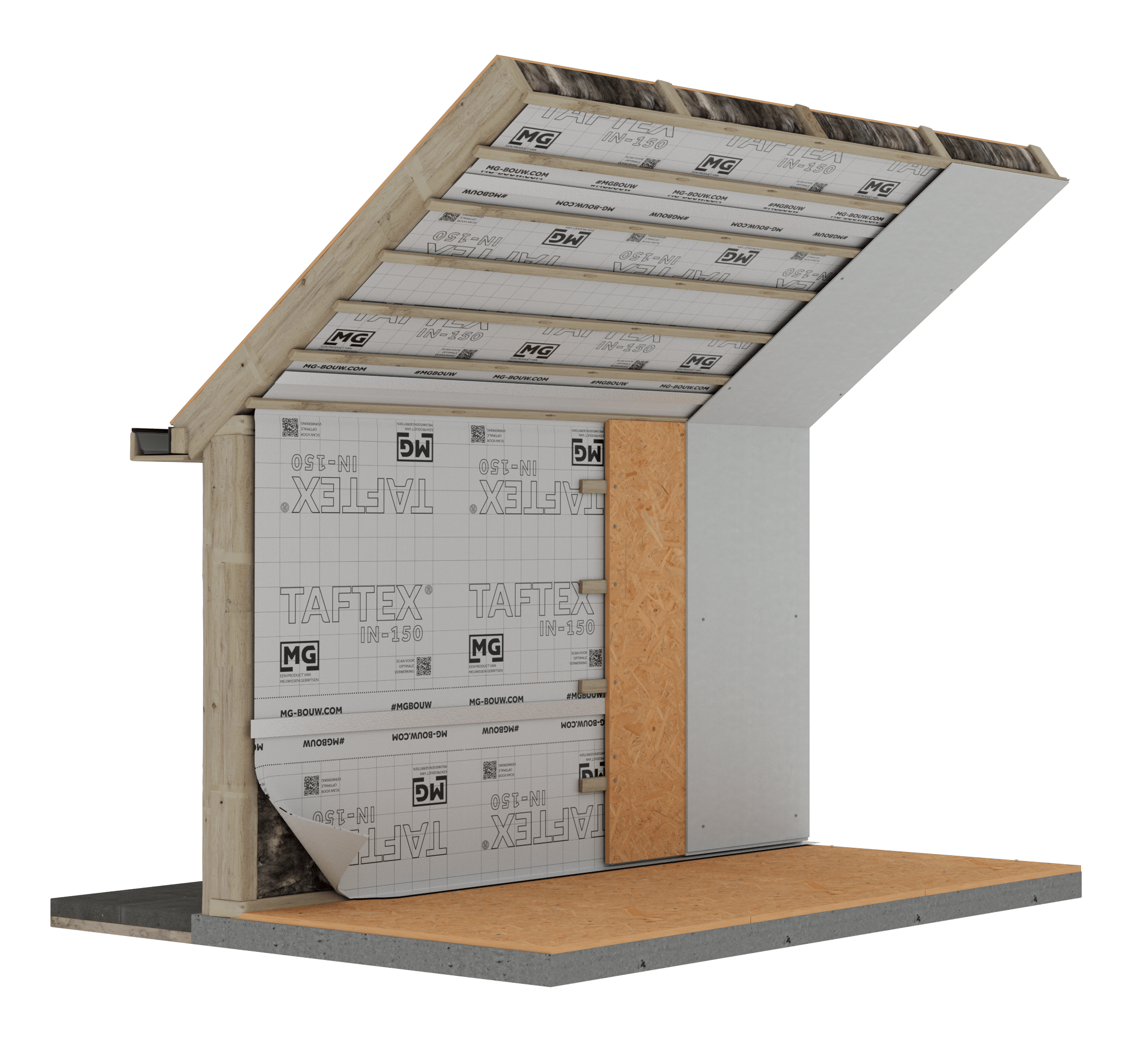 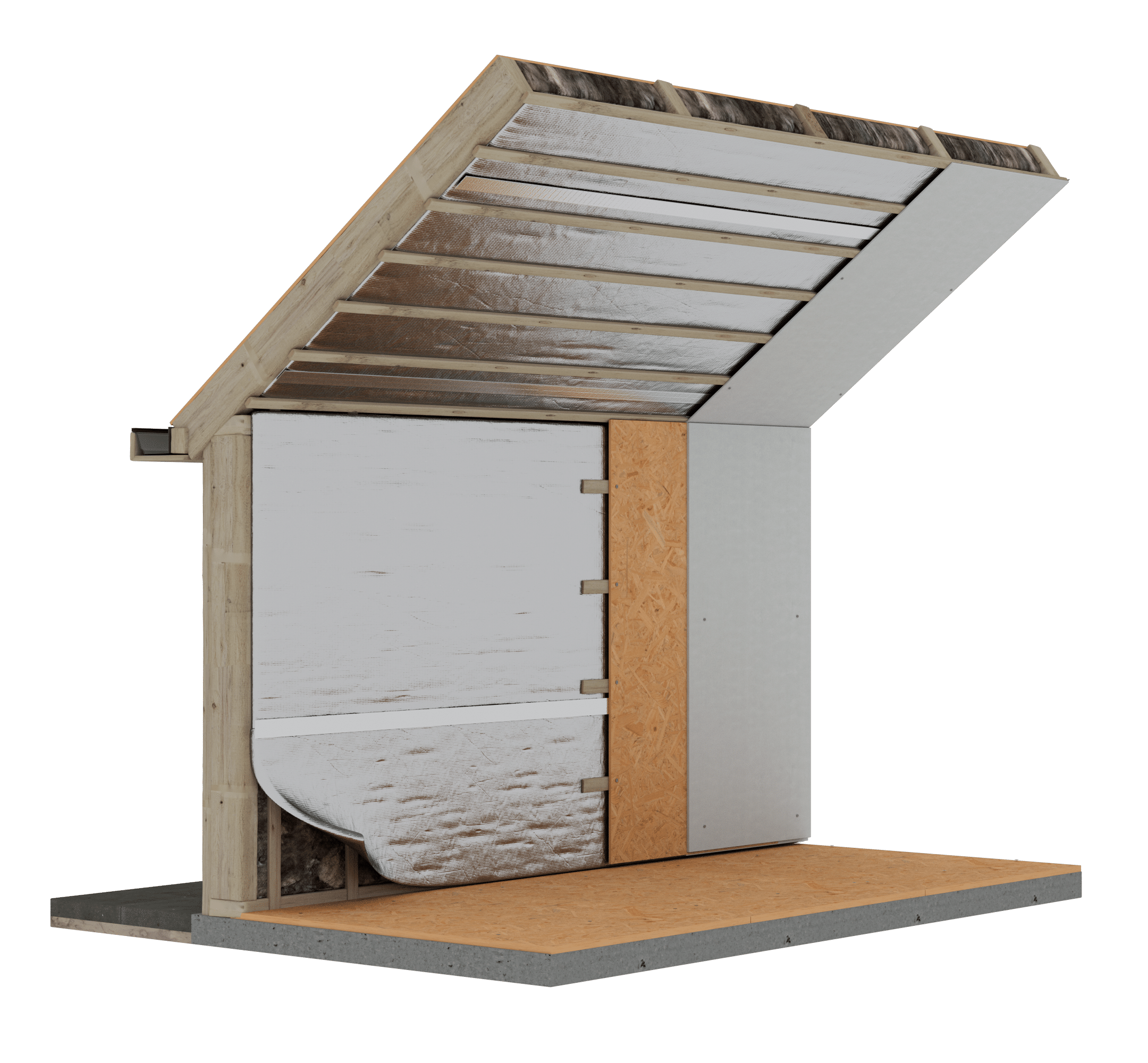 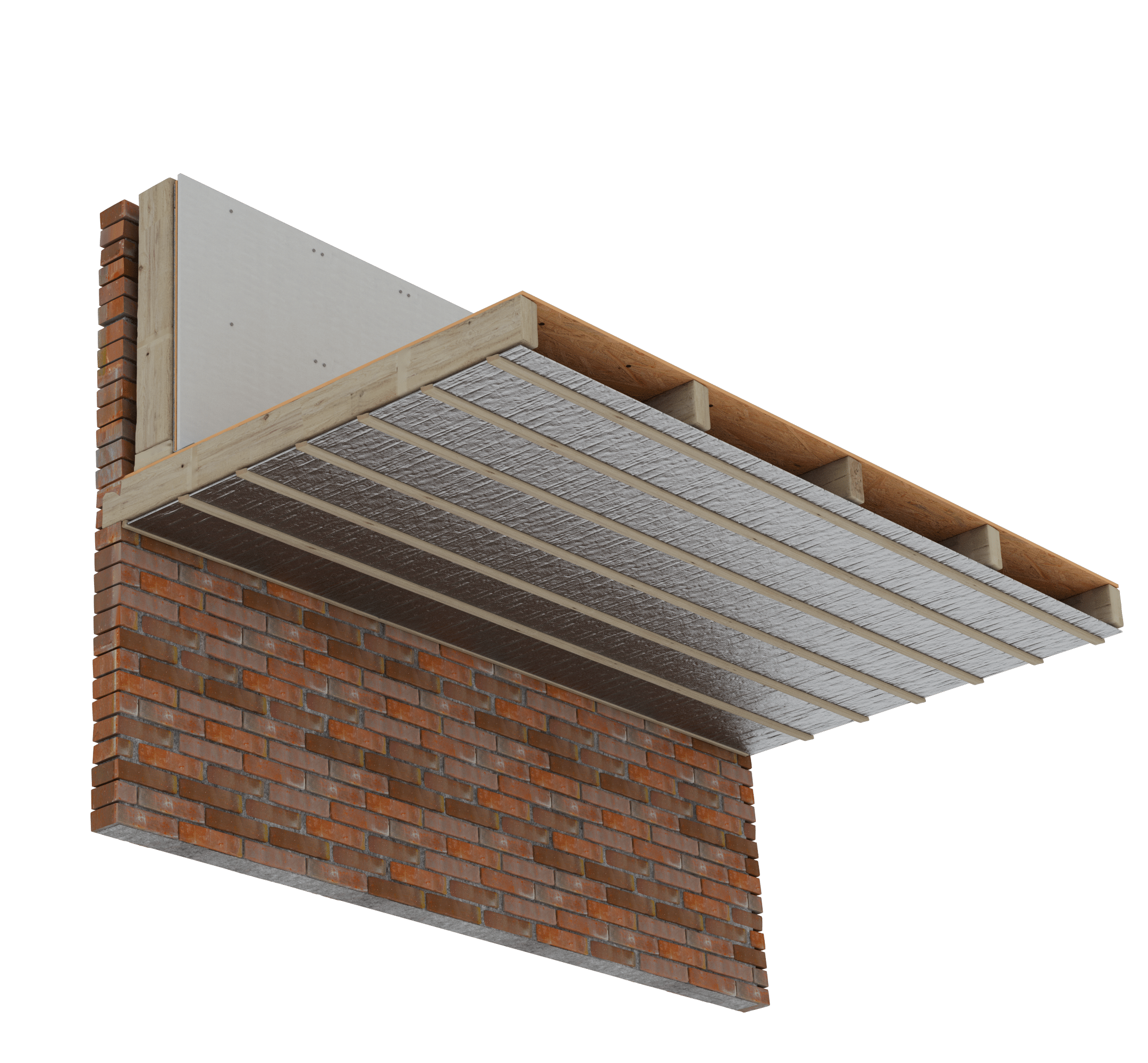 What is the difference between vapour retardant and vapour tight?

A vapour barrier foil has a higher density than a vapour control foil. Both films are applied to the warm side of the insulation to prevent energy loss through unwanted air flows and to resist the higher humidity in a building. A vapour control foil is sufficient when the humidity and temperature are not too high. A damp-proof membrane is used in particular when the amount of moisture and vapour is too high, for example in a bathroom. In fact, vapour-tight is superlative in protection on the warm side compared to a vapour retardant foil.

Why is a vapour-tight film often made of aluminium?

Aluminium has an extremely closed surface especially compared to plastic material. Vapour is water in gas form and can migrate even through apparently closed surfaces such as a plastic film. Aluminium is used to give high barrier properties to the material. That is why our vapour proof products such as Alkreflex®, Miofol®, TAFTEX® are produced with pure aluminium.

How do I process a vapour-tight film?

When a construction is to be delivered vapour-tight, a detailed finish is particularly important. A vapor-tight product from Meuwissen Gerritsen does most of the work, but if the foil is not applied properly the end result will not be vapor-tight. Our foils are usually attached with staples. In order to minimize perforations, we recommend attaching the foil using our VAST-R® double-sided tape. If you do choose to staple the film do so as much as possible in the edge where you later overlap the next job so that perforations are taped with the appropriate tape.

Roll out the foil horizontally or vertically over the insulation and construction. Ensure that the connection to an adjacent wall or ceiling protrudes a few cm so that it is sealed airtight with VAST-R® double-sided tape, VAST-R® Butyl tape or VAST-R® Seal pro. Overlap the foil by at least 10 cm and tape the seams and staples with VAST-R® aluminium tape basic.

Seal penetrations or breaks airtight with Tyvek Flexwrap tape. In a vapour-tight construction, it is recommended to use an air cavity between the wall finish and the foil by means of battens. An air cavity ensures that pipes can run in front of the foil and in a later stage the foil will be less easily damaged when something is screwed into the wall.